Meet Van, one of the homeless veterans in Detroit that needs YOUR help now.

Van was eager to join the Army as soon as he turned 18. He bravely served our country for over six years. During his service he trained and was stationed across the United States. He was deployed all over the world and was sent to not only various countries, but also to various continents. Van served his country honorably and with dignity.

After his service, Van moved back home to Detroit to be closer to his family and his aging grandmother. Moving back home was stressful and Van found it difficult to adjust back to his civilian life.

Van has fought with substance abuse, has had mental health struggles, a divorce, and has been learning how to trust. He lost sight of the fact that he had value. He forgot that he was worthy of love and attempted to end his life on multiple occasions.

Suicide is all too common amongst veterans that are struggling to adjust to civilian life. Van at times has wondered,

“Am I worth going through the effort? Should I stop now?”

With all of these barriers Van is already facing, worrying about staying healthy and safe during this pandemic doesn't have to be another one.

YOU can help today by sending essential items directly to Van and veterans just like him staying at our Detroit Veterans Housing Program. 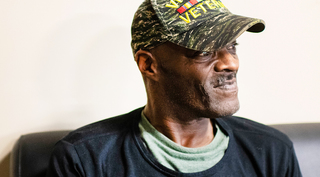 To learn more about Neighbors in Need