A homeless veteran's journey through a global pandemic

YES! I want to help veterans

"I had a feeling 2020 might be a rough year, but I never expected that I would be a homeless veteran with nowhere to go..."

None of us could have predicted everything that 2020 had in store. The challenges just kept coming, and for those who were already struggling, every challenge was that much harder. According to the United States Interagency Council on Homelessness, on any given night, over 40,000 brave American heroes are homeless with no place to go.

So many of our nation's heroes, after sacrificing everything, face a very scary reality. They have no place to go and nowhere to call home.

This past spring, that also became the reality for Army Veteran, Kyle Jackson. 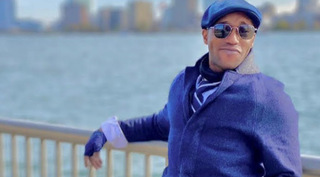 I had a feeling 2020 might be a rough year, but I never expected that I would be a homeless veteran with nowhere to go, depending on the kindness of strangers.

But that’s exactly what happened. Fortunately for me, this kindness of strangers came from angels in human form employed by the Detroit Veterans Housing Program of Volunteers of America.

Before March 2020, I was a veteran who maintained stable housing with ease with no interruptions or problems. I lived in a modest apartment in Detroit with no fear whatsoever of becoming homeless at all.

That all changed as I was driving back from a trip to Tennessee the second week of March and began receiving alerts that Covid-19 had fully gripped America. Cities, states, and regions were on lockdown, restricting access to facilities. While on the road, I became concerned, but hoped the pandemic wouldn’t affect me. I figured that I would be able to safely return to my apartment.

Everything changed when my apartment complex’s management agency informed me that at least two people there had tested positive for Covid-19. This alarmed me. I was advised not to return to the building. Because of medical conditions that would leave me susceptible to the ill effects of such a respiratory virus should I be exposed, it was quite clear I couldn’t return to the place I’d called home. Due to the health risk, I did not.

With that action however, I became like many other veterans of the armed services — I became homeless. A friend told me to reach out to the Volunteers of America as a resource, stating that they helped veterans who were homeless and aided them in finding new housing.

Not one to look a gift horse in the mouth, I began the process of enrolling in their program to help homeless veterans. Before long, I met my caseworker who began keeping in touch with me via phone, text message, and email regarding permanent housing solutions.

Volunteers of America kept their word and lodged me in a hotel within the city and away from the COVID-19 outbreak. My accommodations were modest, but more than sufficient for my needs. My caseworker was in constant touch with me, ensuring I had whatever I needed. He also informed me that food would be provided for me and other veterans at the hotel, at the insistence of Volunteers of America.

However, due to the mess being made by the pandemic not only in Detroit but across the entire U.S., it became clear to me and my caseworker that finding housing during this period would be difficult since many apartment leasing agencies were closed due to the crisis. Finding houses or townhomes for rent would be next to impossible as the virus swept through the nation like wildfire. My caseworker advised me to hang in for the long haul, because it might be a while, but that I may be eligible to remain in the hotel during the pandemic until housing could be found. 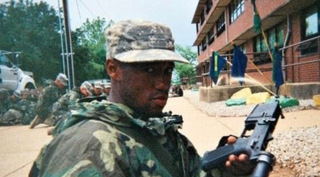 Kyle Jackson during his time in the Army, 2009

Within a matter of days, I found myself staying in another hotel room in the heart of downtown, within comfortable walking distance of the famed Detroit Riverwalk. For the next two months, nearly on a daily basis, myself and other veterans at the hotel were delivered hot meals from a local Detroit eatery to make sure that we didn’t have to pay out of pocket for food.

In early August, I was told by my VOA caseworker that my apartment was ready for me to move into, and my bed and furnishings would be coming within a matter of days. Within days of moving, VOA took care of a month’s rent paid in full and supplied my apartment with bedding, sheets, pillows, dishes, towels, and even furniture. All the major essentials and necessities that go into moving into a new home were provided by the VOA — at no cost to me. It was as if all my years of service to my country in the United States military meant more to VOA than to some other organizations that are built to actually serve veterans on a daily basis.

Since August, I have lived comfortably in my new apartment, remaining quarantined because of the pandemic, of course. However, the one thing that has changed in 2020 is that I now, once again, have a roof over my head to call my own. Thanks to the VOA, I find myself sitting in a nicer apartment, fully furnished, and with more friends than I had when I first started the year. And I owe this all to the Volunteers of America and their dedication to helping and assisting veterans to find permanent housing, no matter how long it takes, or the obstacles in the way. 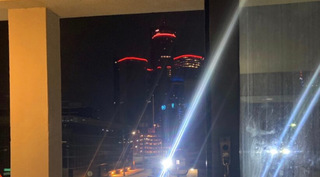 "Thanks to the VOA, I find myself sitting in a nicer apartment, fully furnished, and with more friends than I had when I first started the year."