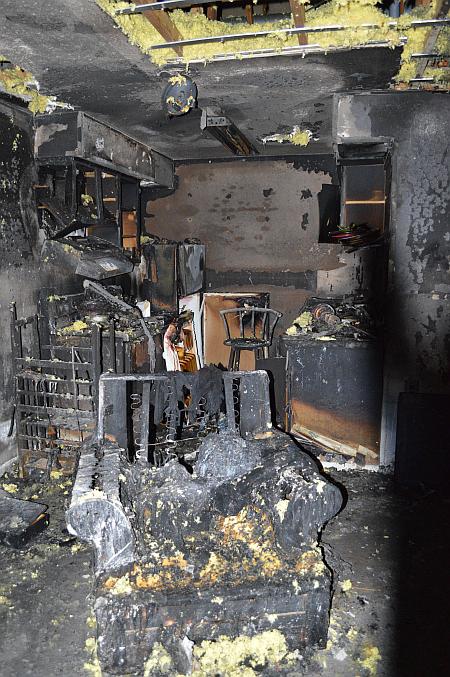 On December 9th, the Volunteers of America family was shaken by the devastating news of a fire at Coventry Place, a VOA community of 97 one-bedroom and studio apartments for low-income seniors in Redford. 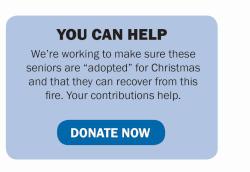 Everyone got out OK, but at least four residents were forced from their homes after extensive damage.

One of those displaced residents, a 56-year-old double amputee, sat in his wheelchair in the apartment offices, too distraught to say much. As he wept, he could only helplessly repeat the phrase, "We'll figure it out. We'll figure it out."

Many of the apartments were damaged, with several residents completely displaced, in addition to the 56-year-old cited above:

Other residents are left behind, none with renter's insurance, to deal with their damaged homes. The community room was gutted, and the entire third floor has smoke damage to upholstery, carpet, walls and clothing, affecting 21 people. On the second floor, the damage was mainly due to water.

Volunteers of America is collaborating with other agencies, including the Red Cross and Salvation Army, to make sure everyone gets settled in a new location.

VOA also is working to make sure these residents are taken care of during Christmas. This is a time of year we treasure at Volunteers of America, where we offer hope and comfort to those who need a hand, through our Adopt A Family program.

If you would like to help adopt the residents of Coventry Place who are suffering the results of the fire, go to this link.

Volunteers of America's insurance and the department of Housing and Urban Development will cover most of the structural damage. However, with very little income and no renter's insurance, many of the residents will struggle to return to regular living conditions. Any assistance is welcome.

Photos of the fire damage